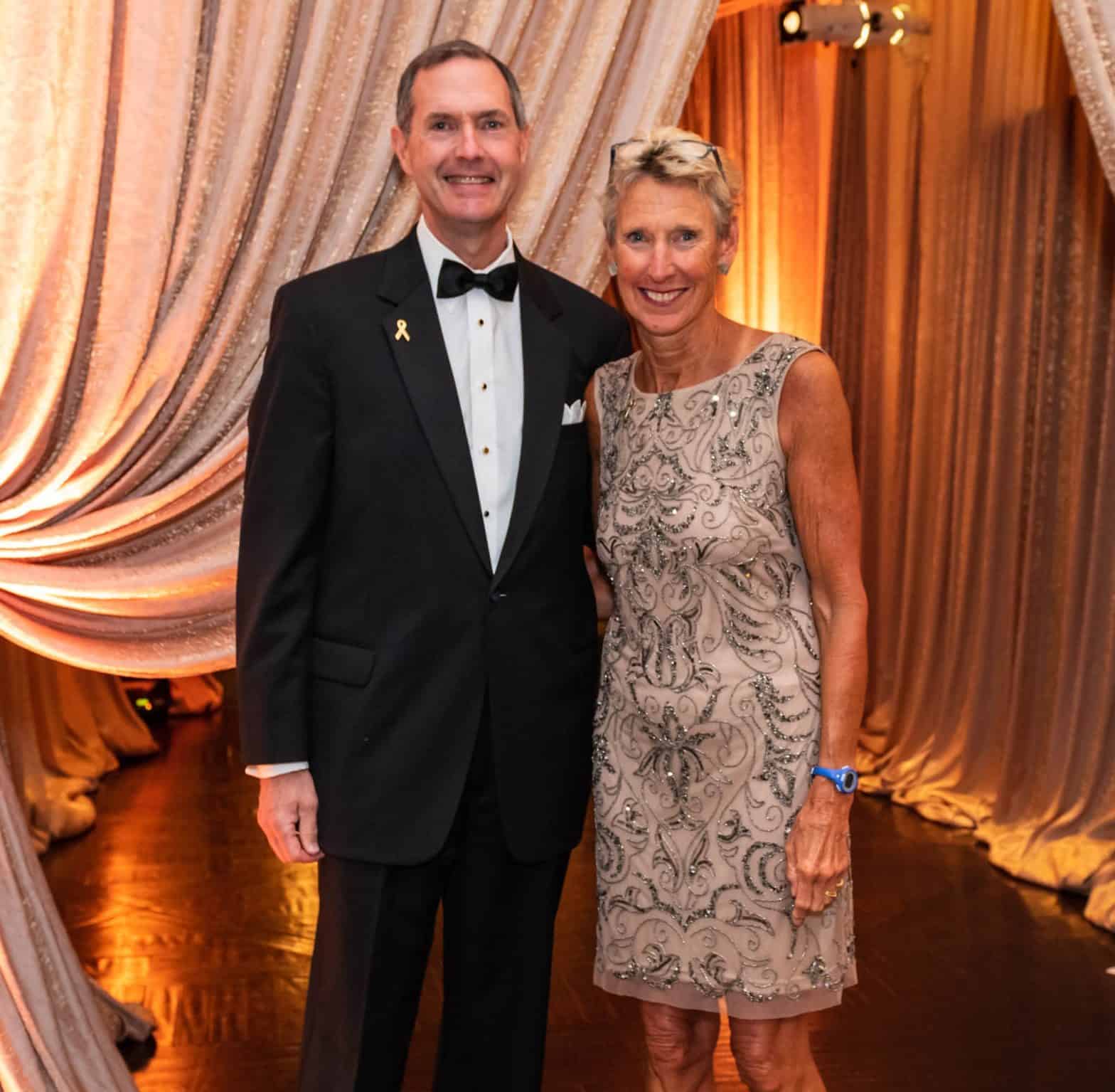 Ellen and John Yates have been happily married for 37 years. As devoted members of St. John’s Lutheran Church, they have consistently served their church as leaders and volunteers. Their service extends into the community through a variety of roles with charitable organizations.

In 1991, the Yates entered the world of childhood cancer when their three-year-old son, Paul, was diagnosed with a stage four Wilms tumor. Following grueling treatment, which included chemo, radiation and removal of his kidney, Paul finished treatment cancer-free in November 1992.

Even though Paul’s treatment was successful, Ellen and John had seen too much of what children with cancer are forced to endure. Within a month’s time, Ellen began volunteering at the Egleston clinic where she can still be found every Monday, playing with the children, comforting the parents and bringing smiles to the staff.

Ellen joined CURE’s board in 2009 and both she and John have been a fixture as leaders and key volunteers since that time.

John is the chair of the Technology Practice of Morris, Manning & Martin, LLP. He is internationally recognized as a leading expert in the field of technology law. In addition to having served on CURE’s Board, John has also served on the Boards of the Woodruff Arts Center, the Carter Center and many, many others.

For John, Ellen and Paul, the work CURE is doing is very personal.  John says, “We are deeply committed to CURE. We have served on boards and been involved with much larger organizations. But few organizations are having a greater impact than CURE. It’s our privilege to serve and our honor to give back.”